A Facebook redesign is coming to your news feed. The appearance will change for both Page visitors and Page admins to what the company is calling a more “streamlined” look.

The Facebook redesign is moving the news feed to a single column instead of the two-column display that’s been around for a while. This will create a cleaner page experience with less clutter, but also less content appearing on screen at one time.

The redesign will make Pages look more like a person’s timeline. 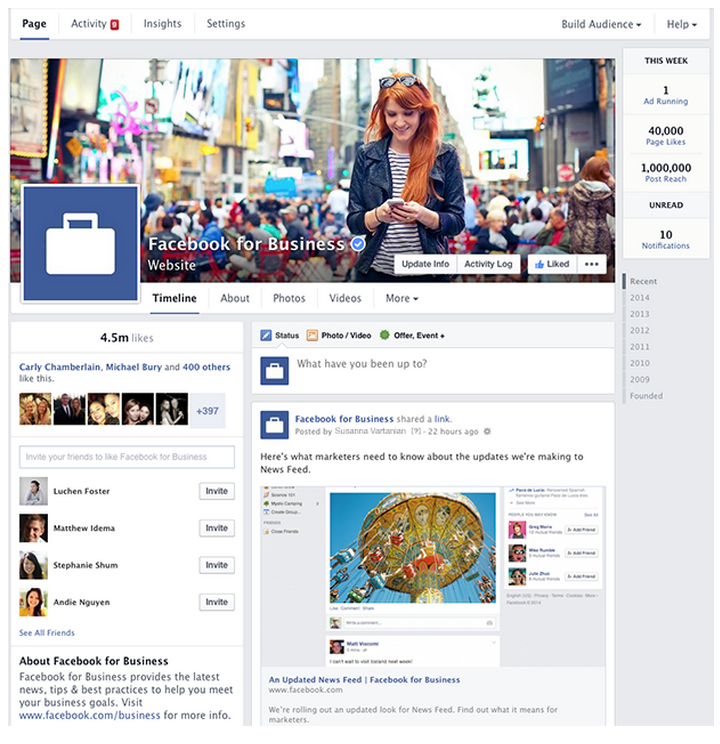 The “Invite Your Friends” box is moved from the right side to the left, and the posting box has moved from left to right. When logged in as an admin, a new metrics section will be on the right as well as info about ad buys and story promotions on Facebook.

The new admin and reporting panel will let you create a list of Facebook “Pages to Watch” as a list of brand pages you want to keep an eye on and see how they are performing against your page.

Image sizes aren’t changing, though the Facebook redesign will show larger photos on the timeline. Tabs will still be supported, but they will be tucked into the “More” module and without images.

The redesign comes less than a week after Facebook updated the look for news feed, a relatively minor change that included larger photos and new icons and fonts. That change was a year in the making, and Monday’s update appears to be in the same vein, using similar fonts and icons.

The Facebook redesign is still rolling out and is changing for web only. Facebook announced a mobile redesign for Pages last April.

What do you think of the new look? How will the Facebook redesign impact your marketing efforts?